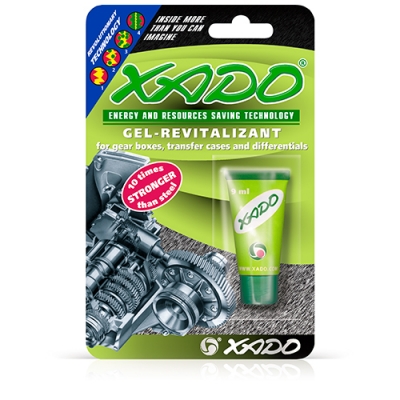 Gel-Revitalizant for Gearboxes is designed for restoring repair of the gearboxes, bearings and other units of transmissions and protection for wear-out.

The gel forms a new cermet coating on friction surfaces with unique properties and restores geometry of the parts.

S. Semenenko sped his Dodge along the Kharkov-Kiev highway half the night in order to be in time for very important business meeting and he was in time! But there was one thing that worried him while driving: a noise began to come from the axles. It got louder and louder until he could not hear the stereo.

In Kiev S. Semenenko rushed to the service station. The repairmen were astonished: “How could you reach Kiev at all? The axles are dry without a single drop of oil!” There was nobody to blame but himself. Slava had checked the oil level before the trip but he forgot to screw the plugs back in. And the most vexing thing was that he forgot to do it with both axles! Of course, during the first kilometres the oil was pressed out completely. As a result pinions of differentials “burned out”, the metal became blue. There was one way out - two new axles which cost several thousand dollars. Somehow with his axles droning Slava returned to Kharkov.

The problem was resolved by revitalizant XADO. After 12 miles after application of three tubes of the gel for gear boxes and reducers for each axle the howling sound reduced distinctly and disappeared completely after 120 miles. Thanks to XADO the story came to a happy end.

General characteristics of the cermet coating:

Squeeze out the Gel-Revitalizant into a gearbox, transfer case or axle gearbox.

The volume and dosage ares shown in the Table below.

The processing is considered to be completed after 50 hours of operation (932 miles).

Your opinion is important to us: 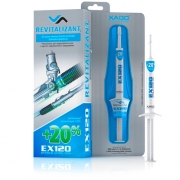 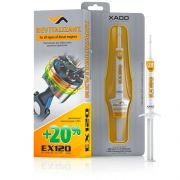 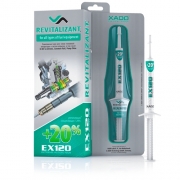 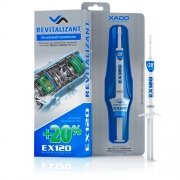